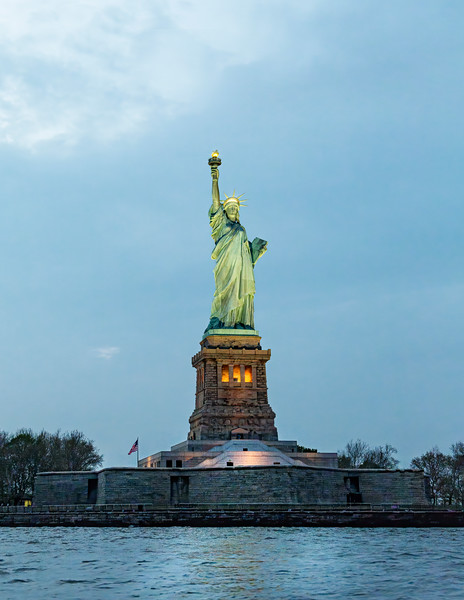 I was recently in New York City. I took pictures all over the city and surrounding areas. I got some good pictures IMHO. But I would’ve been content to have only pictures of Lady Liberty, I think. She’s absolutely magnificent, especially from the water as I was. Breathtaking doesn’t begin to describe her and my feelings of pride to be an American. Wow. Just wow.

It’s on Liberty Island in New York Harbor in New York City. The people of France gave the statue to the people of the United States, was designed by French sculptor Frédéric Auguste Bartholdi, and its metal framework was built by Gustave Eiffel. The figure of Libertas, a robed Roman liberty goddess, holds a torch above her head with her right hand, and a tablet in her left hand inscribed in Roman numerals with "JULY IV MDCCLXXVI" (July 4, 1776), the date of the U.S. Declaration of Independence. A broken chain lies at her feet as she walks forward. The statue has became a symbol of freedom and of the United States. The French call the statue La Liberté éclairant le monde.

The statue is 151 feet tall. From the foundation of othe pedestal to the tip of the torch is 305 magnificent feet.

Lady Liberty was dedicated on October 28, 1886. It is a UNESCO World Heritage Site.