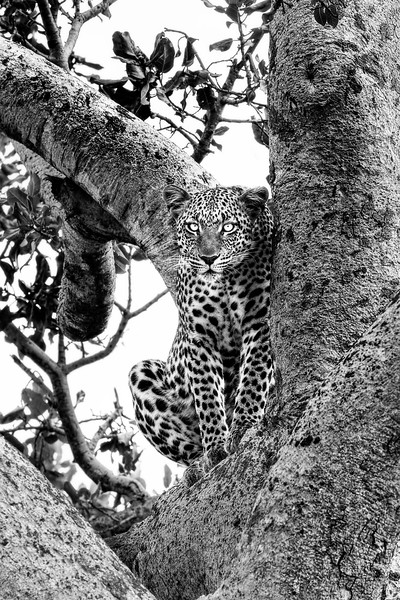 The Leopard Sits in Wait in Black and White

I took this photo in the Serengeti region of Tanzania. The leopard (Panthera pardus) is one of the five species in the genus Panthera, a member of the Felidae.

This beautiful cat is listed as vulnerable on the International Union for Conservation of Nature (IUCN) Red List because leopard populations are threatened by habitat loss and fragmentation, and are declining in large parts of the global range.

Leopards are also threatened by the most awful and selfish predator, the human. The leopard’s beautiful fur is thought by some people to be something they should and can wear. This is never right and people who wear the fur of this animal, IMHO, are perverted and the personification of selfish. Just sayin’.