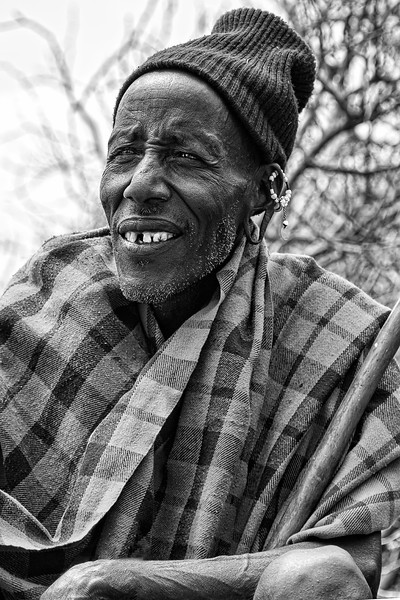 Maasai Chieftain in Black and White

The Maasai have a polygamous culture. The chieftain in this picture has 14 wives. His youngest child is 8 months old.