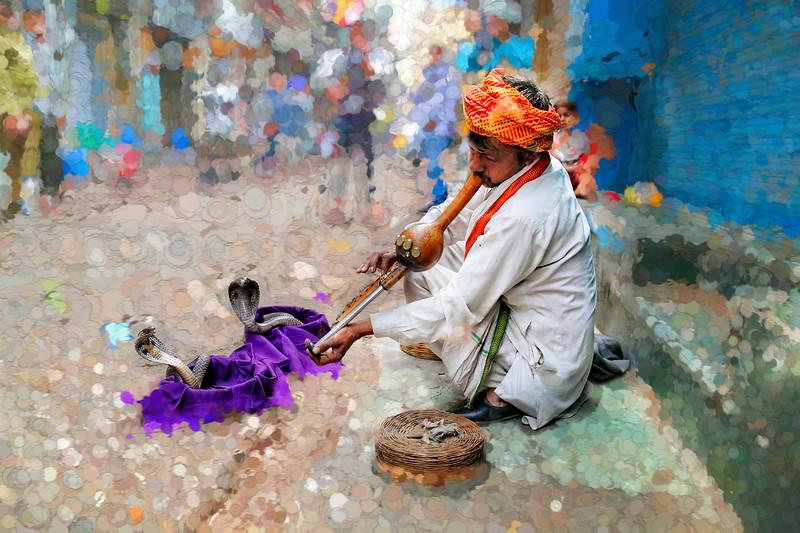 How to Charm a Snake

Apparently this man had it goin’ on. The snakes danced, the people surrounding him disappeared, the music flowed out of the pungi or traditional flute. I was poking around the streets of Delhi, India, with my camera ready and on a little side street, here he appeared as if by magic.

From All Photos In Photography By Kay